Nigerian actress, Nkechi Blessing Sunday has left many of her followers in shock by going braless saying she’s doing it to defend BBNaija star, Angel who came under attack over her breasts.

The actress took to Instagram to say she understands when men shame a woman for having fallen breasts but doesn’t get it when it’s women doing the shaming.

She then shared a braless photo of herself as she advised women to rock their breasts proudly.

It is not yet known how sharing a braless photo helps Angel’s cause. Fans accused her of using Angel’s predicament to chase clout. 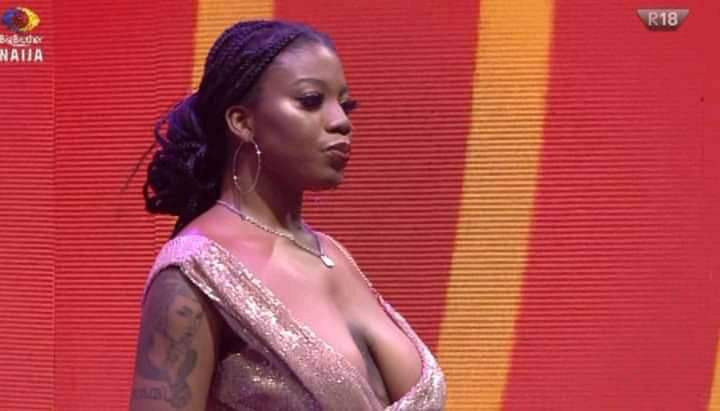 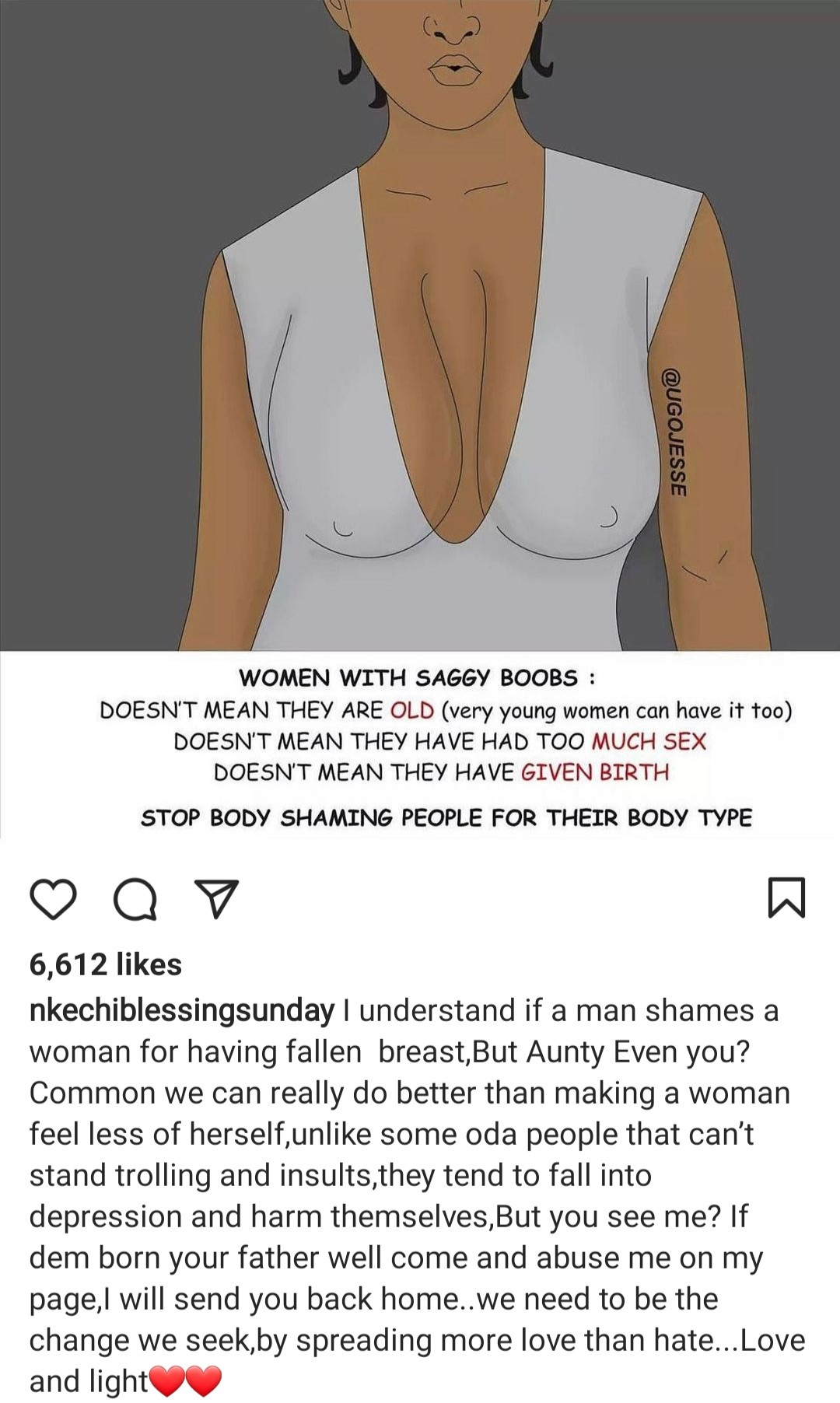 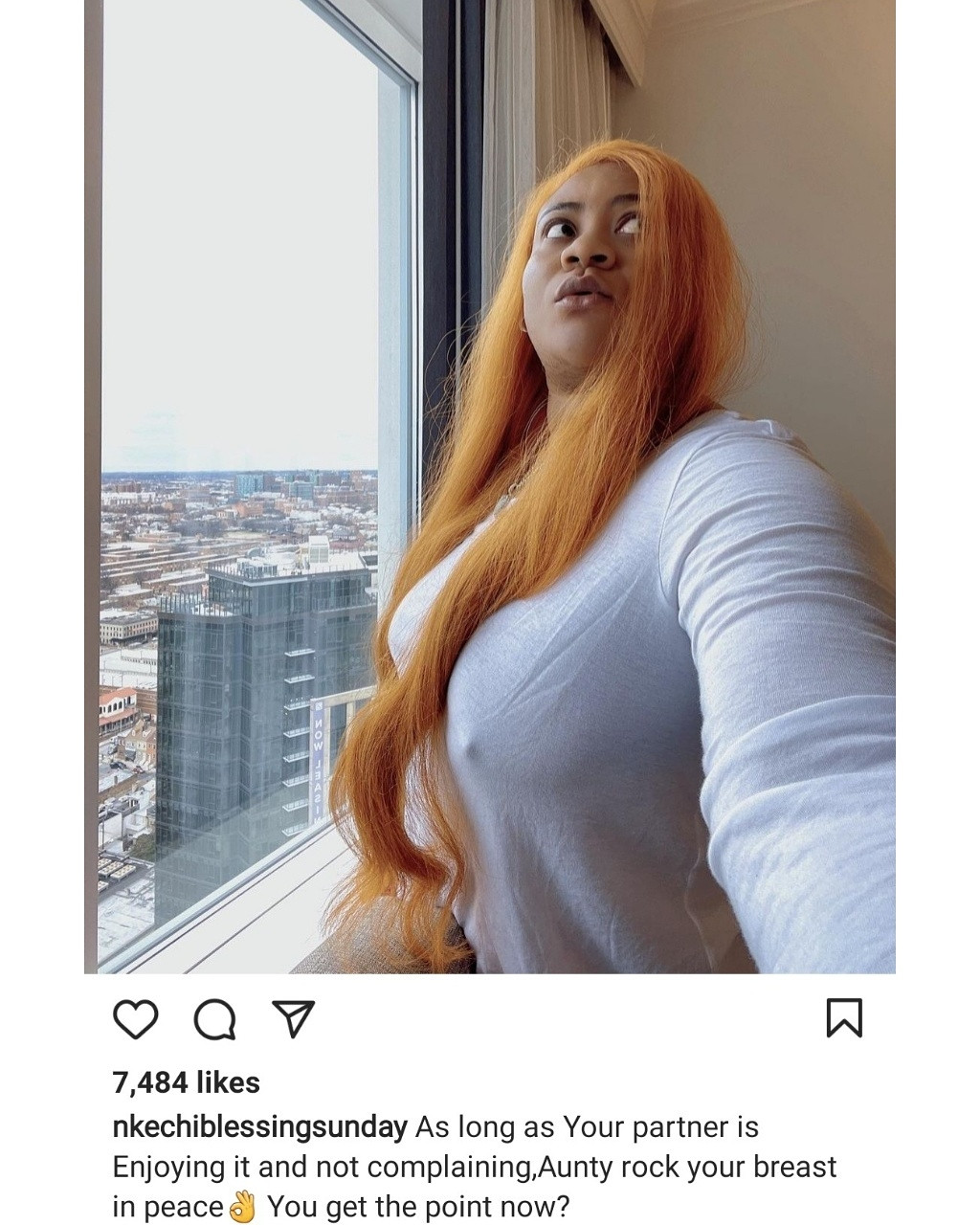